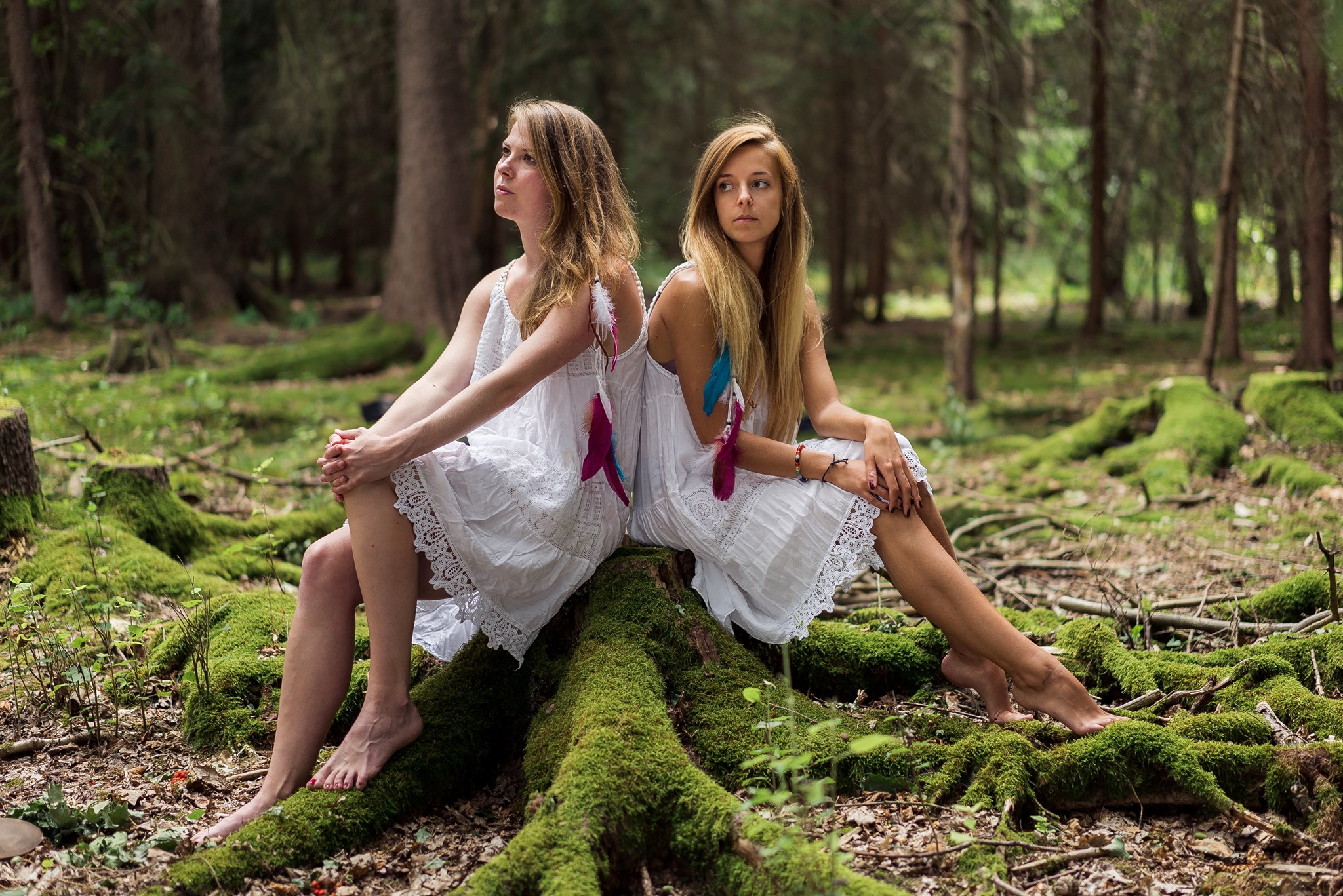 Anna Sedláková and Karolína Krejčová are the founders of Indiánky, the first non-profit organization focusing on fertility disorders. Both were diagnosed with a little known polycystic ovary syndrome, which is associated with hormonal imbalance and can lead to infertility. And it was the lack of information and support in this regard that has led them to the creation of their project. Today, they are opening the taboo topics concerning infertility and providing education and support to women struggling with this problem. We asked them about their experience and motivation to start their unique project.

What does social entrepreneurship mean to you? How would you define it? Where did you first encounter this term?

Karolína: In my opinion, social entrepreneurship differs from the classic one by having social overlap and positively affecting society in some way. I first came across this concept in connection with the non-profit sector.

Ann: I probably saw the term for the first time somewhere in the digital space, and only then did I realize that we were actually doing it as well. For me, it means that in the first place is the desire to help and change, while “how” and “from what” is in the second place.

Your main motivation for starting the project was to detabuize the topics related to fertility disorders. How did you manage to get from an idea to a successful project that works and helps people in just one year?

Karolína: We are very happy that in a relatively short time we have been able to realize the things we only dreamed of a year ago. I think that behind it is the very need to answer this problem, just no one before us has decided to solve it (infertility) in such a public way, with their own story and comprehensively. But it is also influenced by the fact that we created Indiánky with our hearts, and the universe is also in our favor.  We are motivated mainly by positive feedback, because there’s nothing more beautiful than the feeling that we’re really helping someone.

Ann: A huge desire for change and the power that people release while doing something they enjoy. And the others who feel appealed by your idea go with you and help. Authenticity and a personal story, a topic that no one has been discussing yet, sincerity, a bit of punk and selflessness – I think it helped us to win great initiatives such as Sia Impact Awards and dm Start. Coincidences also played a big role, we sent most of the applications at the last minute and rather with the feeling “so why not try it, we can’t lose anything.”

Is Indiánky your first experience with entrepreneurship? Or have you been doing business in another field?

Karolína: Indiánky is my very first own project, but I would regard it as a matter of heart and not entrepreneurship.

Ann: Personally, I don’t consider myself an entrepreneur, nor do I see Indiánky as a business. For me it is rather a matter of the heart, home. Even though I’m not a self-employed person, my work in marketing may be considered as doing business. The start of the project helped me a lot not to be afraid of business – people often feel scared by it, they prefer to have assurance.

Where did you present your idea for the first time? What was the most difficult for you when preparing the first presentation of your idea on an event? What would you recommend to aspiring entrepreneurs?

Karolína: For the first time, we officially presented our idea for the jury in the dm drugstore in the dmSTART competition. The main problem for us was the financial plan, with which, fortunately, Ann’s friend helped us. I would recommend aspiring entrepreneurs not to be afraid and whatever they feel they should try to try. We went to the dmSTART and SIA Czech competitions with the proviso that we will simply try it, that it will be an interesting experience. And in the end, it worked out and both turned out to be great experiences and education.

Ann: The hardest part for me was not the presentation itself, even though I’m an introvert and tend to stress about these things, but rather the fear of the “first time”. I recommend entrepreneurs to look around, because we often have more experienced people around us, which are exactly what we need at the moment. Otherwise, there is nothing to fear when you believe in your idea.

Many young people indicate as one of the barriers to starting the business the lack of missing capital or mentoring. How did you deal with this?

Karolína:  At the beginning, we did not deal with the capital and financed the small items from our own resources, with Ann and me doing all the work on the project (and still are)  in our free time. Some of it was solved by the competitions again, because, for example, we would definitely not be able to place our tea in dm drugstore stores under normal circumstances. Mentoring was partly ensured by participation in SIA Czech and by educated and willing acquaintances from our surroundings, who see that what we do is meaningful and are happy to become a part of it.

Ann: We had an idea, energy, a desire. On the other hand, no mentoring or capital. But we started without it and surprisingly – everything gradually came to us. Capital is important, but if it was the primary goal, it would have become obsolete. It’s a cliché, but the universe somehow arranges it, even if you have no idea of how and when. Specifically, I recommend to entrepreneurs various start-up initiatives, where they can get to know investors, benefactors, etc.

With your project, you participated in the Social Impact Award Czech Republic competition, where you managed to make it to the finals and win the jury prize as well as the patron prize. How would you evaluate this accelerator program? Did it help you turn your idea into reality?

Karolína: The program was great in terms of the community, content and overall atmosphere. It helped us maintain our commitment, as we were dealing with the introduction of our herbal tea product Rozkvět indiánek in dm stores, and at the same time provided stimulus to develop other activities. The experts we had at the time advised us on questions with which we have encountered difficulties (legal area, etc.). Professional workshops also helped us to change our view of social entrepreneurship and its sustainability.

Ann: It helped and much. Not only in the work area. You are among young people who have goals, follow them, support each other, work with experienced mentors. It was a great ride to life and I honestly miss it!

What would you say was the biggest barrier in the beginning of your project? How did you overcome it?

Karolína: I wouldn’t call it an obstacle, but rather an awakening, for me it was the comparison with classic work, where a person suddenly stops and thinks that what they do in their free time without any financial reward fulfills them immensely and wants to do more and not just in the time you have left after work, which then motivates you to overcome the minor obstacles.

Ann: It’s hard to start at all, start doing something differently – people don’t like it. And then probably idealistic ideas of a full-time job, which is still a challenge for us. Everything can be solved differently and it is not usually an obstacle, just an experience with which you grow. When you have to deliver tea to stores in 14 days and your herb is still growing happily in the field and is not harvested, and despite that you succeed, you won’t get so stressed out by unimportant things.

What makes your project successful? What do you consider to be the pillars of successful social entrepreneurship?

Ann: Success is very subjective, but I probably consider it a success when we really help someone, positively influence their life. When we prevent trauma. And that should probably be the starting point for social entrepreneurship – first have a vision of how to help, and then deal with the other.

Karolína: I agree with Ann. And then all you have to do is really want to. The determination that comes from the desire to help is the basis.

What are your development plans for Indiánky in the upcoming period?

Karolína and Ann: As the next plan, we are going to launch a small family e-shop, where in addition to a few of our products, which we also want to enrich with our merch, we would like to provide space for small entrepreneurs or artists who resonate with our project in some way. We also don’t want to produce only teas and we look forward to our other products and spreading enlightenment.

Do you want to know more about Indianky? Watch a brief introduction video or watch the live discussion with Kája.

KLIK event: getting ready for summer

Social entrepreneurship in the times of Covid-19